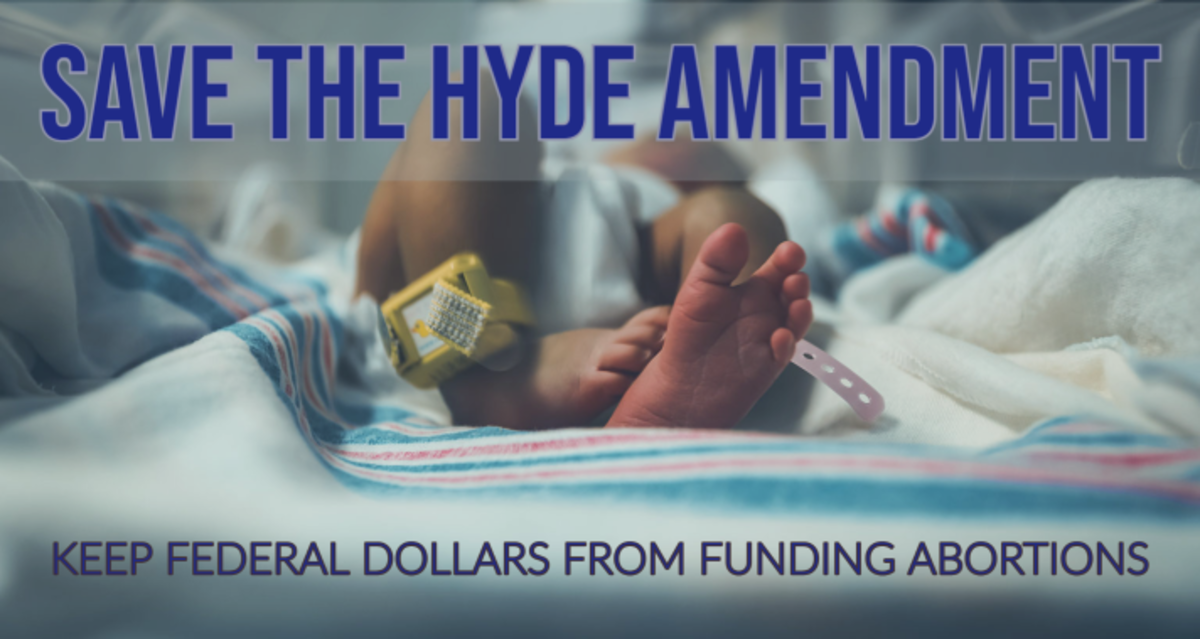 Congress is trying to force Americans to pay for abortion.

The Hyde Amendment and similar laws have protected taxpayers from funding elective abortion for 45 years. Now, powerful members of Congress want to take away these laws that both Democrats and Republicans have supported for nearly half a century.

WHAT HAPPENS WITHOUT THESE PROTECTIONS?

Billions of taxpayer dollars could be used to pay for abortion.

1. Alert your members of Congress.

Act now on a USCCB action alert to tell your members of Congress to protect these life-saving policies, without which billions of taxpayer dollars could be used to pay for abortion in the United States and throughout the world.

Show Congress that there is an outpouring of voices dedicated to ensuring the lives of the unborn are protected. Sign the petition to Congress here.

4. Learn more about the Hyde Amendment.