Bishop Loverde’s exhortation to combat the scourge of pornography

by admin | Mar 5, 2014 | Catholic social teaching, Faithful citizenship, From the Tiber to the James, Living the faith, Marriage and family, Respect for life, Uncategorized

Each year it seems the advertising, television shows, websites, videos and magazine pages that flash before us on a daily basis are even more degrading and explicit.  Marketers have long since adopted the mindset that “sex sells” everything from clothing to household products and food. Advertising and entertainment executives continue to push the bounds of propriety from the big screen to the tiny ones on our hand-held devices. The performance by pop stars Miley Cyrus and Robin Thicke at the Video Music Awards was a telling example of how sexualized and perverted some segments of our culture have become.

Within this societal context, it is sadly no wonder that pornography, once the seedy purview of a few, is now so prevalent and readily accessible.  Today, fleshy, intimate images of men and women together or alone are touted as free speech, art, no big deal, or a source of sexual freedom and empowerment.

Political and cultural forces say pornography is protected by the first amendment, but the truth is the multibillion-dollar smut industry has wreaked harmful, long-lasting effects on a society which must be protected.  It destroys lives, souls and marriages of both producers and consumers.  Several actors in the smut industry have suffered tremendously from physical and sexual abuse, often being forced into prostitution and human trafficking.  By the grace of God, some have come out on the other side and begun to heal their wounds and speak out about the myths and dangers of the pornography industry.

With objectification of human beings – most often women—its sole purpose, pornography impairs one’s ability to achieve true intimacy—sexual and emotional union within the sacrament of marriage. In fact, today pornography is commonly cited as a factor in marriage breakups. Citing the ubiquitous, pervasive nature of pornography, Diocese of Arlington Bishop Paul S. Loverde has issued a new edition of his pastoral letter “Bought with a Price,” in which he reminds us the Church teaches that pornography “perverts the conjugal act, the intimate giving of spouses to each other.” (Catechism of the Catholic Church, #2354)  While critics claim the Church condemns pornography, premarital sex and other perversions of human sexuality because it “hates the body” or “hates sexual expression,” Church teaching on sexuality stems from the conviction that “it is the resurrection of the body that is our hope, and our recognition of the body as an integral part of the human person is the foundation of Christian chastity,” as Bishop Loverde reminds us.

Exposure to our increasingly pornographic culture cannot always be avoided.  Yet as members of the body of Christ, we can witness to the truth of human sexuality through our actions.

As Christian citizens, we have a right and a duty to demand laws that “place reasonable restrictions on depictions of the human body and human intimacy,” to secure a culture that supports the dignity of every person.  Find out what efforts you can make in your own home and community to protect our children from gaining access to the insidious poison of pornography.  Ask your legislator to support restrictions on the production, distribution and consumption of pornography.  Protection of this industry under the guise of freedom of speech or freedom of expression is not public service, but complicity.  Join together to create a society that promotes life and dignity for our children. 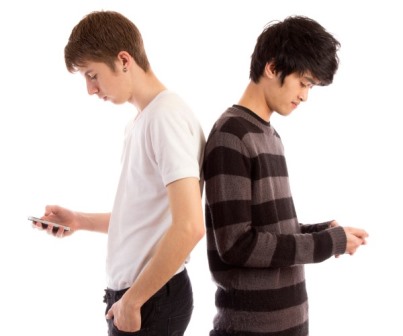