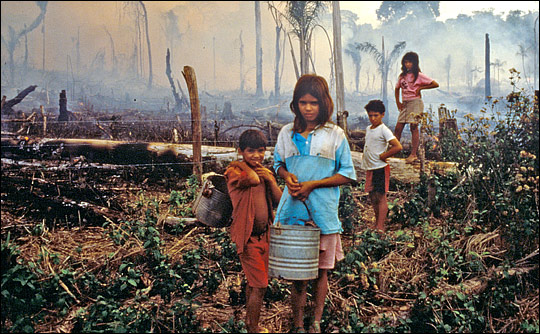 This is the final post in a three-part series exploring the seventh theme of Faithful Citizenship, care for creation, and discussing how Catholics can use the resources God has blessed us with responsibly to meets our needs and preserve a clean and hospitable environment for future generations.

While many disagree on the cause of climate change, the devastating effects on our environment as well as the world’s poorest communities is plain to see.  The dangers of climate change are apparent right here in the Commonwealth. The Hampton Roads community – a vital economic engine for Virginia—is grappling with the threat of rising sea levels that threaten to submerge Norfolk.

This week, government and religious leaders, including the Vatican Secretary of State, Cardinal Pietro Parolin, are meeting in New York for the United Nations Climate Change Summit.  A similar 2009 summit in Copenhagen failed to produce agreement by world leaders on a concrete plan for action. Meanwhile, the adverse consequences of climate change for the world’s poor have continued to wreak havoc on communities around the globe.

“…Climate change raises not only scientific, environmental and socio-economic considerations, but also and above all ethical and moral ones, because it affects everyone, in particular the poor among us, those who are most exposed to its effects,” Cardinal  Parolin told political and religious leaders in an address this week at the climate summit.

Climate change’s effect on the most vulnerable among us has led citizens in countries around the world to demonstrate in support of action at the summit.  “Climate change loads the dice among the poor…[C]limate change is a major obstacle to the eradication of poverty,” summit attendee Cardinal Oscar Rodriguez Maradiaga of Honduras, president of Caritas International, writes.  He cites sobering statistics: “In a world with enough food for everyone but close to one billion people going hungry, climate change threatens to put an extra 20% of the world’s population at risk of hunger by 2050.”

“Too much of the abundant, fertile world we were given to protect, cultivate and enjoy has been corrupted,’’ Cardinal Maradiaga says. “ We have become indifferent to the damage we are doing, both to the natural world and to our poorest brothers and sisters.”

Many say any action to address climate change is futile, as other economic superpowers like China have consistently declined to agree to any framework for action which might hinder economic activity.  While the Church is sensitive to the economic consequences of any course of action, the U.S. Bishops remind us that, “[N]ations have a duty to act on climate change and prioritize the well-being of the poor.”

What can we do?  We can join with our faith leaders in advocating for environmental justice by taking the St. Francis Pledge, contacting our elected officials to urge action by U.S. policymakers on climate change, and continuing to stand in solidarity with the least of our brothers and sisters by supporting sustainable development.

Care for creation is care for the poor.