Casting pearls before elephants & donkeys: How I learned to follow Jesus not party

by admin | May 17, 2017 | Catholic social teaching, Church teaching, From the Tiber to the James, Living the faith 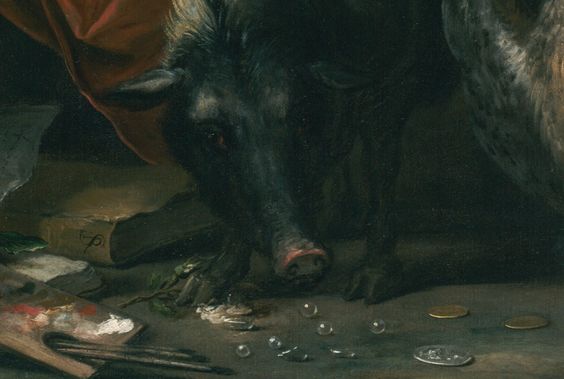 There’s a saying that no one is converted by the Catechism. I don’t know about that, but I do know it’s not a stretch to say that I was reverted by the Compendium of Social Doctrine. I recommend it to any person of good will, but especially to Catholics who want to know what our Church teaches about the political realm and why.

When I discovered Catholic social teaching as a practicing Protestant thirsty for some gospel truth about faith and politics, it changed my life. I had not been satisfied with the way that the Christian faith, in my experience, seemed to have been either compromised by politics or silent about it. Shouldn’t my faith inform my vision of a just society and compel me to act? Shouldn’t Christian doctrine be the basis of my political views, and not the other way around? Enlightened minds in the Middle Ages summarized all this in the maxim, Theology is the Queen of the Sciences. Or, if you like, theology ought to be the dog that wags the political tail.

This discovery of Catholic social teaching was one of the first in my growing sense that the Church was, in G.K. Chesterton’s phrase, a “truth-telling thing.” Over the course of this discovery, I wondered what other truths she told. I eventually found the same striking integrity in every one of the Church’s teachings by the spring of my sophomore year in college, when suddenly I was sitting on a folding chair at the Taizé community, trying to summarize my lifetime of sins to a silver-haired priest who then absolved them in French. I was home.

Catholic social teaching is an immeasurable gift to all Christians. Right and left, conservative and liberal,Republican and Democrat are short-sighted monikers that originated in the modern American political milieu — they have nothing to do with the Gospel of Jesus Christ. Jesus told us his kingdom is not of this world, yet we insist on reducing his message not only to this world, but worse still, to arbitrary twenty-first century American political categories. It is a special kind of tragedy when so many within the Church choose to put their political allegiances before their core identity as members of the Body of Christ.

Pray with me that we would all judge our politics by our Church’s witness instead of judging the Church by our politics.

Kevin Mauer is an Associate Director at the Virginia Catholic Conference.