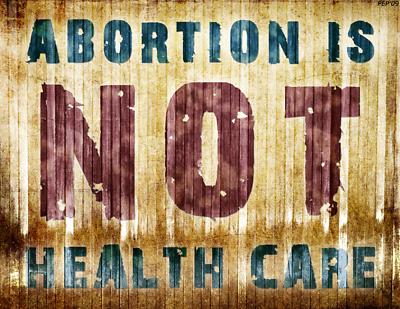 During the debate in 2009 and 2010 over the Affordable Care Act (ACA), the United States Conference of Catholic Bishops(USCCB) voiced its longstanding support for universal access to health coverage that protects and promotes the dignity of all human life.  However, the Bishops were extremely disappointed with the lack of language protecting conscience and lack of prohibition on the use of federal tax subsidies for health plans that cover abortions in the ACA that eventually passed, despite their vocal advocacy for these items throughout the debate. Since ACA’s passage, the USCCB has continued to lead efforts to address these very serious flaws.

Two weeks ago, the Bishops’ concern about ACA’s broad expansion of taxpayer-funded abortion was confirmed when the Government Accountability Office (GAO) released a report documenting the extent to which federal funds are used to subsidize abortion on demand through qualified health plans. The GAO report confirmed that 1,036 federally-subsidized health insurance plans cover abortion on demand.  In the wake of the GAO report, the U.S. Department of Health and Human Services continues to insist that, per federal law, “…[N]o federal funds, including administrative funds, are permitted to cover abortions or administer funds that cover abortions, except in the case of rape, incest, or when the life of the woman is endangered.”    As the USCCB points out, this claim is simply untrue.

While state insurance departments are charged with ensuring these health plans maintain accounts for abortion funds separate from federal funds, the report indicates that this is not occurring.  Thankfully, Virginia is one of 17 states that have enacted laws to prohibit coverage of abortion on demand in health insurance plans offered on the federal exchange operating in our state.  But tragically, the GAO report shows 28 states currently allow coverage for abortion-on-demand in plans offered on their exchanges.

“This report confirms the U.S. bishops’ longstanding concern about abortion coverage that we raised both before and after enactment of the Affordable Care Act by Congress,” said Boston Cardinal Sean O’Malley, chairman of the USCCB Committee on Pro-Life Activities. “Surveys have shown that most Americans do not want elective abortion in their health coverage, and do not want their tax dollars to fund abortions. Their wishes are not being followed, and it can be difficult or impossible for them to find out whether those wishes are respected even in their own health plan.”

Back in January, the House of Representatives passed H.R. 7, the “No Taxpayer Funding for Abortion Act and Abortion Insurance Full Disclosure Act.”  Ten months later, the Senate still has not acted on H.R. 7 or two separate Senate bills, S. 946 (No Taxpayer Funding for Abortion Act) and S. 1848 (Abortion Insurance Full Disclosure Act).  The GAO report shows that action is urgently needed.  Act now and urge your Senator to support prohibiting the use of federal funds for abortion on demand when Congress returns on November 12!

By prohibiting taxpayer funding for abortion on demand, the nation can take a vital step toward the Bishops’ call to “cover all and protect all” with life-affirming access to health care.