Election fatigue or not, Catholics called to participate in the political process 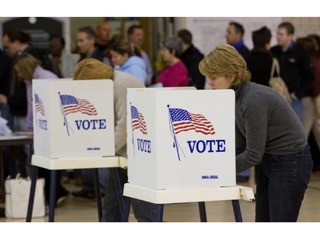 After a wild and unpredictable election cycle, many voters may be counting down the hours to November 9th, hoping to gain a respite from the constant barrage of campaign ads and media firestorms.  The vitriol and partisan rancor of the last 18 months has left some not wanting to participate in the election.  However, as Catholics we are called to bring the truth of our faith into the public square as an act of charity—even when we’d rather not. Indeed, “In the Catholic Tradition, responsible citizenship is a virtue, and participation in political life is a moral obligation.” (Forming Consciences for Faithful Citizenship, No. 13, U.S. Conference of Catholic Bishops, 2015).

During his visit to the U.S. last year Pope Francis told members of Congress, “You are called to defend and preserve the dignity of your fellow citizens in the tireless and demanding pursuit of the common good, for this is the chief aim of all politics.”  Echoing Pope Francis, the Virginia Bishops write in their pre-election message (Spanish), “This means on Election Day and throughout the year—even when the political discourse around us is uncivil—our civic duty calls us to engage in the political process.”

As Virginians prepare to vote, the Virginia Catholic Conference has compiled several voting resources to help Catholics on November 8.  First, the four principles of Catholic social teaching will help guide conscience formation (Spanish).  These principles are: preserving the fundamental dignity of every human life from conception until natural death; striving to satisfy the common good; and incorporating the principles of subsidiarity and solidarity with our neighbors.  “Human dignity is respected and the common good is fostered only if human rights are protected ….  Every human being has a right to life, the fundamental right that makes all other rights possible, and a right to access those things required for human decency – food and shelter, education and employment, health care and housing, freedom of religion and family life.” (FC, No. 49)

To help sort through the 30-second sound bites and distortions, the Conference has composed a presidential voter guide highlighting the positions of the two major-party candidates on issues important to Catholics, including the right to life, religious liberty, healthcare, immigration and more (Spanish).  Information about third-party candidates is available here.  Additionally, a Congressional voter guide provides a list of contested Congressional races in Virginia and suggested questions for candidates (Spanish).

While many issues are important, the Virginia Bishops remind us, “[I]t is essential to recognize that not all issues carry the same moral weight.  Our moral obligation to oppose policies that promote intrinsically evil acts must weigh first on our consciences and actions.”  Intrinsically evil acts such as abortion, euthanasia, redefining marriage, racism, genocide and torture are actions we must never do because they are always incompatible with love of God and neighbor.  As the Bishops also note, “[O]ur preeminent obligation is to protect the right to life upon which every other right depends.”

On behalf of the Bishops, the Virginia Catholic Conference strongly encourages all to answer our call to civic participation, bringing the moral voice of the Church with us to the polls on Election Day and throughout the year.