Our Stand: cover everyone, protect everyone 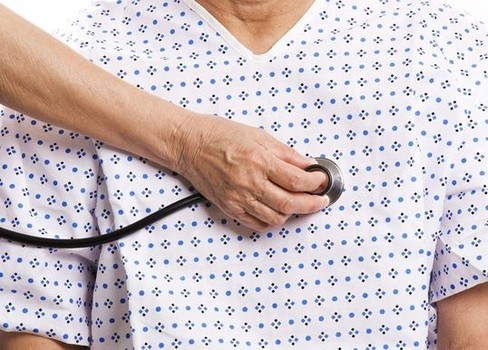 You have no doubt been hearing a lot these days about the gridlock here in Richmond over healthcare.  (That’s right, you read “gridlock in Richmond,” not “gridlock in Washington,” though the way the two towns do politics is becoming more and more alike with each passing day.)

The deadlock in the current budget tug of war centers around “Medicaid expansion” or “Marketplace Virginia” or “Obamacare” or “closing the coverage gap,” depending on your preferred terminology.  But no matter what you call it, the debate is really about people. And because people – Virginia’s poorest and most vulnerable people — have a lot to gain or lose in this debate, the Church in Virginia is actively engaged in it.

The Virginia Catholic Conference’s stand on vitally-needed health reform is this: We want healthcare that covers everyone and protects everyone, born and unborn.

Currently, nearly 400,000 Virginians who earn below 133% of the federal poverty level (e.g., $15,521 for an individual) find themselves in the “coverage gap.”  They make too much to qualify for Virginia’s Medicaid program (among the stingiest in the U.S.), which excludes the vast majority of people living below the poverty level.  Yet, they earn too little to afford health insurance.

Is it acceptable for people in this “gap” to be one health emergency away from financial ruin?  Should they be forced each month to choose between a doctor’s visit for their child and a rent payment?  Should someone with a chronic condition be left with no choice but to wait for the situation to become life threatening and then rush to the emergency room?  Shouldn’t everyone have access to health insurance, not just those who can afford it or whose employers provide it?  After all, the Church teaches that healthcare is a right, not a privilege.

We believe our Commonwealth has a responsibility to provide access to health insurance for these struggling Virginians who risk being destitute without it.  At the same time, we also must raise our voices for the most voiceless of all in the health reform debate: unborn children in the womb.

For Medicaid-eligible pregnant women, Virginia currently funds abortions in four cases.  Three of them are the Hyde amendment circumstances – danger to the life of the mother, rape and incest – funded by the federal government.  But the fourth case, which the Commonwealth funds entirely with state money, is abortion because of an unborn child’s “physical deformity” or “mental deficiency.”

In other words, unlike taxpayers in most other states, we are spending our tax dollars to abort children who might be born with disabilities!

As we talk about reforming Virginia healthcare, is it just to focus on providing health insurance for some – the poor who have already been born – without also protecting the poorest of the poor – unborn children in the womb – as much as we can?  Should we be forced to pay for other people’s abortions with our tax money?  And isn’t abortion the antithesis of healthcare? After all, it does not heal lives; it ends them.  The Church teaches that everyone has the right to life itself; without it no other right is possible.  Banning taxpayer-funded abortions to the fullest extent possible must, therefore, also be part of any healthcare reform effort in Virginia.

Virginia should stop spending money – our money – on abortions it can choose not to fund.  Likewise, Virginia should start accepting money that can provide nearly 400,000 of its poorest residents the health insurance they currently lack and desperately need.

Cover everyone and protect everyone.  It’s not just a slogan.  It’s the Church’s stand.