by Tom Intorcio | Apr 6, 2021 | Faithful citizenship, From the Tiber to the James 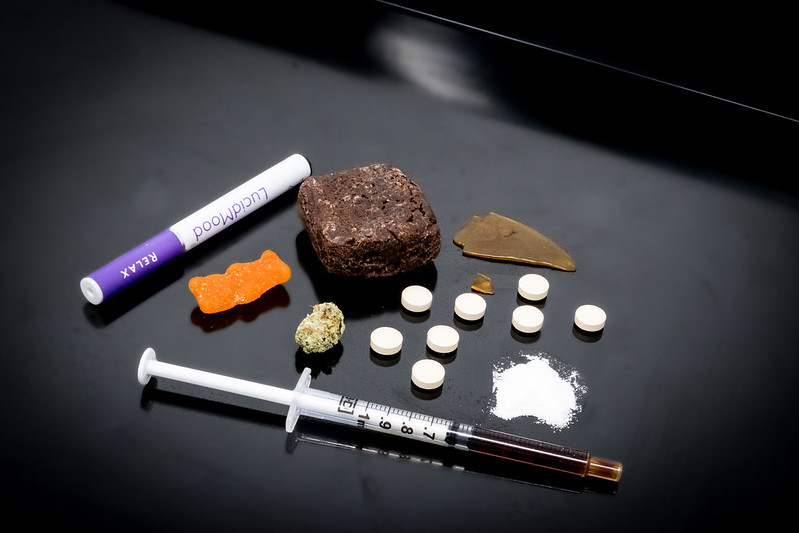 On April 7, the General Assembly will take up Gov. Northam’s proposed amendments to fast track commercialized marijuana in Virginia.

Tell your legislators today to reject the rush toward another addictive substance.

Having passed the General Assembly, legislation creating a Big Tobacco-style marijuana industry was sent to the Governor for signature, veto or proposed changes. The current bill would make possession, cultivation, home grow and sale legal for those 21 and older on January 1, 2024. (This does not involve CBD or low-THC oil, which are permitted with a prescription.)

However, the Governor has proposed amending the bill to move up the effective date to July 1 this year for possession of up to one ounce and home cultivation of four plants.

If his amendments pass, the resulting unintended consequences will harm children, public health and safety.

The experiences of California, Colorado and Washington state indicate that more access to high-potency THC will lead to increased youth use, addiction and poisonings of toddlers. Whereas Hawaii, Maryland, North Dakota and Wyoming have rejected marijuana bills this year, Virginia is careening forward – despite warnings from the medical profession.

Like most states, Virginia has seen disturbing health trends during the pandemic:

With COVID-19 having tied up frontline healthcare workers, the last thing we need is commercialized THC – especially high concentrate dabs, edibles and vapes.

Yet, unless the General Assembly rejects the Governor’s amendments to HB 2312 and SB 1406, we will see increases in all of the above – in just three months.

As in Colorado and Washington state, legalizing THC in Virginia would trigger youth use — increasing addiction, mental illness, dependency and homelessness.  In fact, four state legislatures are proposing caps on potency levels of THC, including Florida, Massachusetts and Washington state. Yet, with the exception of a five-milligram limit on edibles, SB 1406 and HB 2312 leave potency levels practically uncapped. Some products could include up to 99 percent THC.

As one public health advocate wrote:

When one in six youths who use marijuana develop an addiction, legalization of marijuana is an absolute tone-deaf policy proposal in the middle of an addiction crisis.[1]

The suicide rate sharply increased in Colorado after legalization.  From 2016 to 2019, the rate of teen suicide increased 58 percent, making it the cause of one in five adolescent deaths. According to the CDC, suicide in Virginia is already the second leading cause of death for those aged 10 to 34. Commercialized high-potency THC could make that problem worse.

Drug overdoses are already at record levels.  Most are related to opioid drugs — both prescription and illegal substances — that have become a major problem in recent years, but cocaine, meth and other potentially deadly drugs are also concerning.  According to VDH, from 2019 to 2020, drug deaths more than doubled in the cities of Richmond and Roanoke and rose 50 percent or more in Newport News, Virginia Beach, Chesapeake, Loudoun, and Arlington counties.

Legalizing high potency THC would lead to easier youth access and more overdose deaths because teens are prone to experiment with other deadly substances.

A recent study conducted by researchers at the University of Queensland found that those who initiate regular marijuana use as teenagers were more than 20 times more likely to become illicit drug users … Colorado has seen consistent increases in opioid overdoses since legalizing marijuana. In fact, 2020 was the worst year on record for drug overdoses in the state.[2]

In November, the Governor announced his support for legalization. He said the legislation would need to address “public health and protections for young people”.  Yet, neither the House nor Senate committee charged with health oversight was even given the opportunity to review the legislation. Without the health committees’ assessment of the extensive costs and severe risks to public health, accelerated legalization is an especially bad idea.

Let’s stay focused on navigating the pandemic and heading off the emerging mental health and addiction crisis. Piling the anticipated health challenges of THC commercialization on top of COVID-19 is reckless. If you have not already done so, urge your legislators today to reject the Governor’s amendments.