“This Land Is Home to Me”… The State of Virginia past Roanoke, part 1 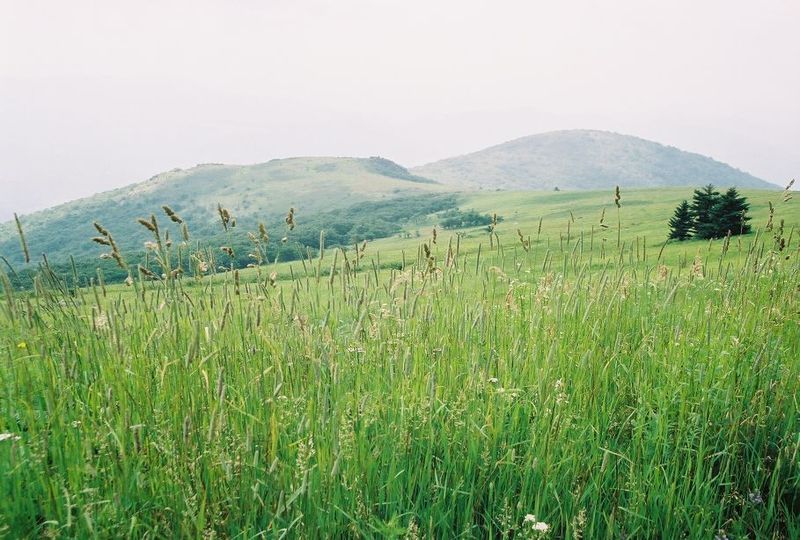 By Amanda Jay and Virginia Podboy

The Commonwealth of Virginia is touted as a state with diverse natural beauty.  However, the Atlantic coastline and rolling hills of the Piedmont pale in comparison to the majesty of Appalachia in Southwest Virginia.   Recently, we were fortunate to travel to places many Virginians have never heard of: Norton, Clintwood, Big Stone Gap, Richlands, and Lebanon.  This two-part blog series will share anecdotes and observations from our travels, in hopes of providing a clearer picture of a part of the state that many have never seen.

Appalachia is a series of contradictions, a dichotomy embedded in the culture.  The economy depends upon an industry that irreparably harms the mountains.  Not long into the trip this fact was demonstrated.  As we drove to Norton from Abingdon on Highway 58 about halfway we saw a monstrous reminder of industrialization- a coal-cleaning plant the size of a town- situated in a valley surrounded by lush mountains.  Occasionally, coal chutes spanned the road overhead to quickly transport coal down the mountains.

Almost four decades ago, the Bishops of Catholic Dioceses encompassing Appalachia banded together to write a Pastoral Letter for the Appalachian people.  (The poetic style is written in the voice and from the stories of the people.) In many ways little has changed since the letter’s publication, except that coal has fallen out of favor causing many to leave or despair for lack of work.  “There is a saying in the region that coal is king. That’s not exactly right. The kings are those who control big coal, and the profit and the power which comes with it. Many of these kings don’t live in the region… Soon the mountain people were dependent on the coal companies and on the company towns that came with them. An old song sings, Another day older and deeper in debt. That was the life for so many people who lived in the shadow of the mountain’s coal.”

Rather than providing safer working conditions for coal miners, new technology has led to increased automation.   Replaced by machines and lacking education, many in the region now struggle to meet their most basic needs.

As coal jobs left the region, Virginia legislators and officials scrambled to create new job opportunities.  The solution was to open more prisons. The Southwest Virginia residents could provide cheap labor, and the state needed a place to put the most hardened prisoners (including prisoners from out-of-state).  Unfortunately, these high stress prison guard jobs have led to more drug addictions and torn families apart.  Furthermore, prisoners are taken far away from family members and are often subjected to harsh conditions.  Concurrently, the lack of opportunity and despair has led to an explosion of drug abuse. Lee County, Virginia is now known as the epicenter of Oxycontin abuse. Due to the high rates of injury among coal miners, drug manufacturers chose Lee County as an ideal test market for the drug.   Since its introduction to the region, few families have escaped the trauma of drug abuse.  The combination of unemployment, drug addiction, and lack of educational opportunity work to feed the cycle of poverty.

“Appalachia makes us think of people who live in the hills, who love nature’s freedom and beauty, who are alive with song and poetry. But many of these people are also poor and suffer oppression. Once they went to the mountains fighting to build a dream different from the injustice they knew before. Until this day, their struggle continues, a bitter fight whose sound still rumbles across the hills.”

But on this trip, the spirit, kindness and resiliency of the Appalachian people was evident, and gives us optimism about the future of the region.  Our next post will explain; there are many reasons to hope.