This Week at the 2021 Virginia General Assembly--Week 3

This Week at the 2021 Virginia General Assembly--Week 3 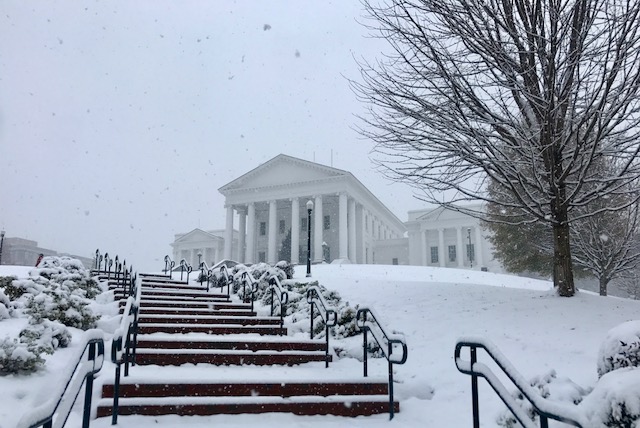 Deliberating during the middle point of a constantly accelerating 30-day session, the Virginia General Assembly considered bills of critical concern to the Virginia Catholic Conference. Here is a rundown of committee and floor debates on this legislation.

Abortion: SB 1276, a bill that would allow plans participating on Virginia’s health insurance exchange to cover abortion without any limits, passed the Senate late last week. The House companion bill HB 1896, passed the House on Tuesday by a vote of 55-45. After a few remaining procedural steps, this legislation – which wipes out restrictions we helped establish 10 years ago – will be headed to the Governor’s desk. Read the statement from Bishop Burbidge and Bishop Knestout on this tragic result, and listen to Virginia Catholic Conference Executive Director Jeff Caruso’s commentary on WMAL this morning here. As we continue to fight for protection for unborn life, we stand in solidarity with and prayerful support for all who participated in today’s Virtual March for Life.

Death Penalty Abolition: SB 1165 would abolish Virginia’s death penalty, and it passed the Senate Finance and Appropriations Committee on Tuesday by a vote of 12-4. It now awaits action on the Senate floor. Please email your Senator now and ask him or her to support this effort!

Threat to Adoption Conscience Protections:  On Wednesday, a House subcommittee publicly heard nearly an hour of testimony on HB 1932, a bill that would repeal a law we championed in 2012 that protects the religious freedom of child-placing agencies. After this public testimony, they then voted on it in a closed meeting, contrary to the requirement that votes be open to public viewing. After learning about the vote on the General Assembly’s website, we and others raised serious concerns about this lack of public transparency. The subcommittee reconvened yesterday morning and quickly voted 4-2 (same as closed meeting vote) to advance the bill to full committee with no additional discussion. Yesterday evening, the full committee then voted, with very little discussion and no opportunity for opponents to speak, 13-9 to advance the bill to the House floor, where it will be voted on next week. Please act now to let your Delegate know you strongly oppose this bill and support freedom of conscience for child-placing agencies.

Marijuana: SB 1406, a 500+ page bill which would legalize commercial marijuana in Virginia, continues to wind its way through the committee process with alarming speed. Data and the experiences of other states clearly show that legalizing commercial marijuana would lead to more addiction, mental illness, suicide and traffic deaths – dangerously harming many children, breaking up families and even ending lives. Please tell your legislators you do not want Big Marijuana setting up pot shops in the Commonwealth. Check out an extensive Arlington Catholic Herald article on this topic here.

Department of Education Transgender Policy: Please read an Arlington Catholic Herald article by Father Paul Scalia, the Diocese of Arlington’s Episcopal Vicar for Clergy, explaining the Church’s role and teaching relating to discussions about the Virginia Department of Education's proposed policies on transgender issues in public schools. Then click here to act on our alert if you have not already submitted your comments to the DOE. The comment period ends on February 3.