This Week at the 2021 Virginia General Assembly--Week 4

This Week at the 2021 Virginia General Assembly--Week 4 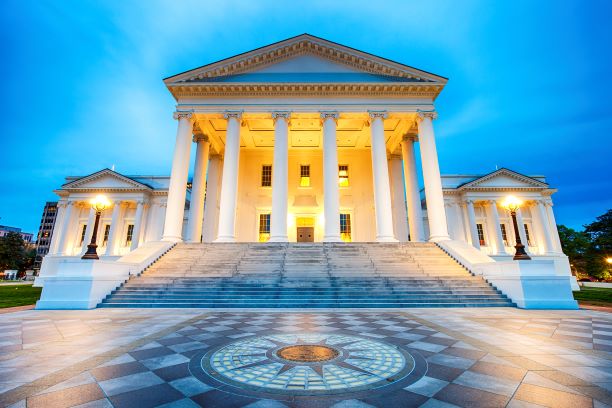 Today marks “crossover” at the General Assembly. After today, each chamber can only consider bills passed by the other chamber, except for the budget. The Governor has also announced there will be a special session coinciding with the conclusion of the current 30-day regular session. The practical effect is the legislature will be in session for a total of 46 days instead of 30. So with a few weeks down and a few more weeks to go, here’s a look at some major outcomes this week.

Death Penalty Abolition: SB 1165 would abolish Virginia’s death penalty, and on Wednesday it passed the Senate by a vote of 21-17. Today, Friday, HB 2263 – the House’s death penalty abolition bill – passed the House 57-41 (link not yet available). Read the statement by Bishop Burbidge and Bishop Knestout on this welcome and historic news!

Dangerous Bill Repealing Adoption Conscience Protection:  On Wednesday, the House passed HB 1932 by a vote of 53-43.This dangerous bill would repeal absolutely essential conscience protections Catholic Charities and other faith-based agencies rely on to do their high quality work to help children and families across Virginia. It is now headed to a Senate committee, where it is likely to be voted on as soon as next week. It is absolutely critical that you ACT NOW to let your senator know that you strongly oppose this bill and support freedom of conscience for child-placing agencies and the freedom of birthmothers and prospective adoptive parents to work with agencies that share their beliefs. The vote may be very close in the Senate committee. Every contact counts, so after you act on the alert forward it to others!

Marijuana: The House and Senate voted on bills to commercialize marijuana in Virginia. On Friday, HB 2312 passed the House by a vote of 55-42.   Similar legislation in the Senate SB 1406 passed 23-15. Data and the experiences of other states clearly show that doing so would lead to more addiction, mental illness, suicide and traffic deaths – dangerously harming many children, breaking up families and even ending lives. (These bills do not involve medical use, which is already permitted with a prescription.) The two chambers will next take up each other’s bill.  As there are differences in the bills, they will likely head eventually to a conference committee composed of senators and delegates to resolve any differences before final votes. Please take action now to help defeat them!