Speak up! Our persecuted brothers and sisters around the world need our voice 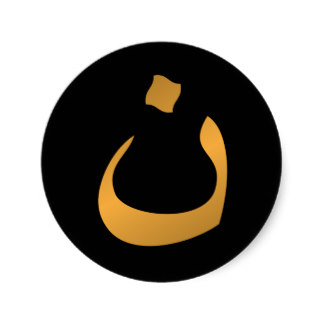 Religious liberty is a blessing many of us may take for granted.  The right to worship at the place of our choosing, to live our lives in accordance with our faith, free from governmental interference, has seemed second-nature to us as Americans.

Lately, government mandates that encroach upon conscience rights have given us pause and highlighted the importance of not becoming complacent about the right to religious freedom. More dangerously, on the world-wide stage, the rise of extremist groups in the Middle East, notably ISIS, who threaten religious minorities, has become ubiquitous in the national news lately.  The ensuing violence has raised concerns about safety around the world.

Largely missing from the news headlines, however, is ISIS’s widespread persecution of Christians, Yazidis and Sufi Muslims across the Middle East.  The Christian community in Mosul, which was forced to flee homes and city last month, dates back to the time of the apostles, when Thomas and Thaddeus brought Christianity to the nearby Biblical city of Nineveh in the 1st century, according to Fr. James Kauffmann, a scholar of the ancient Coptic Syriac Christian churches and pastor of St. Benedict’s Catholic Church in Richmond.  The extremists threatened, then marked homes and businesses of Iraqi Christians with the Arabic letter “nun,” symbolizing that the inhabitants were “Nazara”, or followers of Christ, the Nazarene.   Likewise, homes of Shiites were marked with the letter ‘R’ signifying ‘Rwafidh’ (Protestants or rejecters). Chaldean Catholic Patriarch Louis Raphael Sako wrote a letter detailing the horrific situation of Catholics in Mosul.  One month later, he was joined by Pope Francis’s envoy, Cardinal Fernando Filoni, in issuing an appeal  for “international action…necessary to provide the displaced with basic necessities like food and water, but also to guarantee the possibility of their survival in Iraq.”  Cardinal Filoni and Patriarch Sako also said that the international community must “liberate the villages and other places that have been occupied as soon as possible and with a permanent result. The hope of these people must not be allowed to die!”

In a letter to U.N. Secretary Ban-Ki Moon, Pope Francis stated that “the most basic understanding of human dignity compels the international community, particularly through the norms and mechanisms of international law, to do all that it can to stop and to prevent further systematic violence against ethnic and religious minorities.”  Echoing this sentiment, the World Council of Churches asked the United Nations Human Rights Council to support religious minority communities in Iraq through physical protection and protection of human rights.

On August 28, in a moving commentary, Cardinal Donald Wuerl lamented the deafening silence and lack of demonstrated solidarity on the part of much of the world toward this systematic persecution at the conclusion of the Mass of the Holy Spirit at the Catholic University of America.

And while the world may not be paying attention, the Church is responding to the crisis.  A delegation of Catholic and Orthodox leaders visited Irbil, Iraq in late August to show their support for and solidarity with more than 100,000 displaced religious minorities.  Catholic Relief Services (CRS) is providing food, shelter, water and sanitation to thousands of displaced Iraqis, and Archbishop Joseph Kurtz of Louisville, president of the USCCB, has asked the U.S. Bishops to take a special collection in their dioceses to assist CRS efforts.

We must speak out as well.  As Arlington Bishop Paul Loverde said in a recent column for the Arlington Catholic Herald, “this must change us….[W]e can no longer be cultural Catholics… we must be intentional, because of the state of our culture and the world.”  Let’s remember in our daily prayers the plight of our brothers and sisters facing persecution. Let’s contribute to the special collections, and stand for religious liberty whenever and wherever it is threatened.  We can also urge our U.S. Senators to reauthorize the U.S. Commission on International Religious Freedom. Our faith requires our witness in support of these persecuted believers. As Christ himself said, “Blessed are they who are persecuted for the sake of righteousness, for theirs is the kingdom of heaven.”