The Saints show us how to bring the Gospel to life 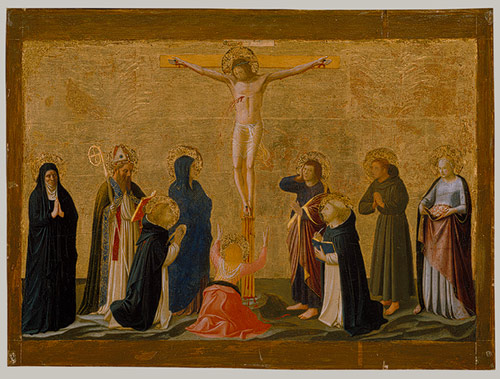 Now that Halloween festivities are over, the Church today offers us a more lasting, meaningful celebration. November 1 is All Saints Day, a solemnity given to us to contemplate the heroic virtues and examples of holiness demonstrated by the Saints throughout the ages.  Attending Mass today is an obligation for Catholics, but why wouldn’t we want to celebrate our treasure trove of saintly examples?

We are all called to be saints, that is, to become holy in order to attain the beatific vision in Heaven. And we are blessed that the Church has officially declared some as saints to serve as models of the Christian life and as our intercessors.  St. Anthony helps us find things we have lost, St. Joseph helps us find work; St. Francis models the life of poverty; St. Thomas Aquinas provides an example of the faithful intellect and philosopher;  and St. Therese shows us the “little way’’ to holiness. St. Mary, the mother of God, is the ultimate intercessor who takes our concerns to her Son, Jesus.

In a world plagued by the “dictatorship of relativism,” the saints bolster our faith and show us the way.  As we struggle to defend the unborn, the institution of marriage, the poor and vulnerable, natural law or the general existence of universal truth we will be criticized and ridiculed.  We’ve got the saints to show us how to be faithful to the Gospel and bring it to bear in the public square – despite the consequences. It’s what our faith requires of us.

Take St. Thomas More. The patron saint of lawyers, politicians, and public servants provides a timely example of fidelity to the faith in the face of apostasy.  A Lord Chancellor of Britain under Henry VIII, he resigned in protest of Henry VIII’s break with Rome after Pope Clement VII refused the King’s request to annul his marriage to Catherine of Aragon.  When More refused to deny Papal Supremacy and accept Henry as Supreme Head of the Church of England, he was banished to the Tower of London. Tried and convicted of treason on perjured testimony, he was beheaded in 1535 for refusing to join Henry VIII’s apostate.  More’s words before his execution echo through the centuries, “I die the King’s good servant, but God’s first.”  Pope Pius XI canonized More in 1935, 400 years after his death

In modern times, Blessed Pope John Paul II was a witness to human dignity and freedom in the face of religious persecution, first at the hands of the Third Reich, then under the tyranny of Communism.  In 1977, after decades of persistence despite repeated denials for a permit from the regime, then-Cardinal Wojtyła finally was able to dedicate a Church in the “worker’s paradise” of Nowa Huta. After his election as Pope in 1978, John Paul II traveled to his beloved Poland for a historic pilgrimage, sparking a revolution of faith against the Soviet Union that heralded the fall of Communism. He will be canonized on April 27, 2014.

Another holy example is Father Jerzy Popiełuszko, a Polish priest and follower of Blessed John Paul II who opposed the regime and worked for freedom. He was kidnapped and murdered by the KGB after celebrating Mass in 1984.  Father Popiełuszko was beatified on June 6, 2010 and is recognized by the Church as a martyr.

Living our faith in a world determined to rid itself of truth is tough, and Our Lady of Fatima warned us of persecution.  Fortunately, on All Saints Day, we can look to the communion of saints for an example of how to live the Faith even when the world ridicules us.  How will you follow the example of the Saints in living your faith?